Phonemic awareness is the latest trend in early childhood reading. Does it live up to all the hype, though? Research suggests that it does, indeed.

What Exactly is Phonemic Awareness?

Teaching your child phonemic awareness involves learning to identify and hear the single sounds in which words originate. Then, the sounds are manipulated to make actual words.

While some are sold on the technique of phonemic awareness, others have remained skeptical. A lot of research has been conducted over the past decades, though. The benefits of it are shining through, proving that being phonemically aware gives children an upper edge to learning to read and a boost when advancing their skills.

The Proof is in the Expert Panel

According to an expert source on childhood reading, the United States' National Reading Panel (NRP), phonemic awareness not lonely increases children's reading, but elevates their comprehension as well. The studies indicate that the overall results of developing phonemic awareness and learning phonics yield better results than entire language programs do.

Multiple studies conducted by the NRP deemed knowledge of letters and phonemic awareness as being the two top predictors of how children will read in the first two years of formal schooling. There were a total of 1,962 citations that were identified by the panel.

The analysis reports were astoundingly, once again, praising phonemic awareness and proving the importance of it. The findings concluded that when children learn to manipulate phonemes, the skill is quite effective across the board. It was found to be beneficial even in various teaching conditions and among children in all different grades who are different types of learners.

Specific results revealed that the training improved the children's spelling skills, as well as their reading skills. The NRP studies went so far as to say that the benefits of phonemic awareness reach beyond the early years of learning to read. It lays a foundation that overflows into advancing reading skills. The technique was said to be even more effective when implemented in small group settings.

Another study conducted in the area of phonemic awareness involved children of 6 to 7 years of age. The researchers discovered that the small group of first-grade students who could read scored almost perfect in testing on the subject of vowel substitution. None of the non-readers scored well in the test. It was determined that the students who knew phonemics awareness at the start of school had high achievements with spelling and reading while those with no phonemics awareness training had difficulty in the subjects. The findings solidified the fact that phonemic awareness is a predictor of how well a child will do in school with their reading and spelling.

The Results are In

The NRP findings make it clear that phonemic awareness is overflowing with benefits. The studies also conclude that children will greatly benefit from being taught phonemic awareness before they attend school, so they have a firm foundation for learning reading and spelling skills.

See our children learning reading review for a program that has worked for hundreds of parents. 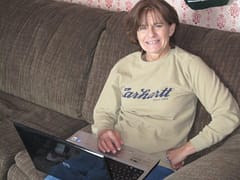