Easy Steps to Teaching Your Baby How to Read

With the constant flow of overwhelming evidence on how advantageous it is to teach young children how to read, it’s becoming more popular for parents to place priority on the subject.  Studies have revealed that not only is it beneficial for young children to learn to read, but that babies can learn too.  This has ignited a passion in parents to start their very young in the learning process as well.

Once a child begins school, if he or she knows how to read, there is a noticeable acceleration of performance that is not seen in students that don’t.  It has recently become apparent that children who are taught as babies have even more of an upper edge. How do you teach a baby to read though?  It seems impossible.  But...it’s not.

The two most prominent implementations that are used in teaching babes to read are the method of whole language and the phonemic and phonics awareness methods.  Parents are often stumped as to which of the methods are the best.  Before deciding, it’s important to understand the difference between them.

The whole language approach relies on the memorization of words. It also calls for the shapes of words to be recognized.  While this isn’t a bad method, it certainly isn’t the one that is most conducive to learning to read as far as many experts are concerned.  Some children do well with remembering sight words, others simply do not, however.  A “look-say” form of learning is a big part of this method.  The technique is not fool proof though.  It is often difficult for kids to figure new words out because they are not taught to sound letters and combinations of letters out.

The phonetic approach is a popular method for teaching kids and babies to read. It implements the learning of alphabet letters and their sounds.  With that knowledge, the skill of putting words together is built.  Then, sentences and paragraphs can be formed until ultimately, books and stories are born.

The whole language way of learning has not gotten the high scores that the phonetic approach has when cases are studied.  It tends to produce readers that struggle with accuracy and don’t perform on the high level that phonics-based method readers typically excel to.

One of the main issues with the whole word formulation is that it is being put into play in English as if English is a language like Chinese that is ideographic.  It is not though.  That presents a problem, according to many authorities in childhood reading.

Some who aren’t fans of the phonics method argue that the system entails the learning of syllables and broken words which don’t mean anything in and of themselves.  While that is true, there is a purpose for singling them out and that is to learn the actual sounds and to be able to piece them together in order to master words.  In short, they learn to decode the individual words.  Then, those words can be put together and the magic begins.

Many pro-phonics experts believe that the method of learning by using phonics is superior because it works in a way that compliments the way the brain functions.  By putting letters and sounds of letters together, the youngsters can read the words whereas with whole word, they are merely recognizing the word rather than sounding it out and reading it.

I have always heard it said that if your babe can speak, he or she can learn to read.  I never really took that to heart until I was checking into teaching my own baby to read.  The more I learned about the concept and the reasons behind it, the more I became a believer because it just makes sense.

In investigating various methods, I knew right off what I did not want in a reading program.  I was totally against teaching my babe to memorize words.  To me, that didn’t serve a good purpose.  I found no efficient scientific evidence that backed the validity of that concept up.

The more I dug into the phonics method of teaching babies to read, the more convinced I was that it was the route I wanted to take with my own child.  I like that it teaches initial reading but also spelling skills.

When my son was born, I began researching information about early childhood reading.  It wasn’t long before I was convinced that it was something I would do and would do it at a very young age.  In fact, I elected to teach him while he was still a baby.  But, which method?  And not only which method needed to be decided, which actual program was in question too.

The research was overwhelming.  Every program sung their own praises and only public positive reviews of their product.  I knew it was up to me to uncover all the facts in an unbiased fashion.  So, that is exactly what I did.

The whole word approach continued to baffle me.  No offense to anyone who is in favor of it, but I decided early on that it wasn’t for me or for my child.  I can’t figure out how this type of progress could happen when using the whole word method of approach.  There are way too many words that would have to be memorized in order to produce similar results.

My daughter is quickly getting old enough to speak well enough that I am already lining up a reading program for him.  I have taken the time prior to this to research various methods and programs to ensure I pick the best one.

I am sold on this program that has a super simple method that lays everything out step-by-step and makes it easy for a parent like me without any teaching experience to teach my babe to read.  I can’t wait to get started so I can give my son the head start in life that he deserves.  By signing up below, you too can provide your baby the same advantage. 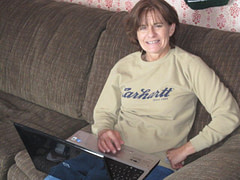